He is lucky who, in the full tide of life, has experienced a measure of the active environment he most desires. In these days of upheaval and violent change, when the basic values of today are the vain and shattered dreams of tomorrow, there is much to be said for a philosophy which aims at living a full life while the opportunity offers. There are few treasures of more lasting worth than the experience of a way of life that is in itself wholly satisfying. Such, after all, are the only possessions of which no fate, no cosmic catastrophe can deprive us; nothing can alter the fact if for one moment in eternity we have really lived.
Upon That Mountain by  Eric Shipton 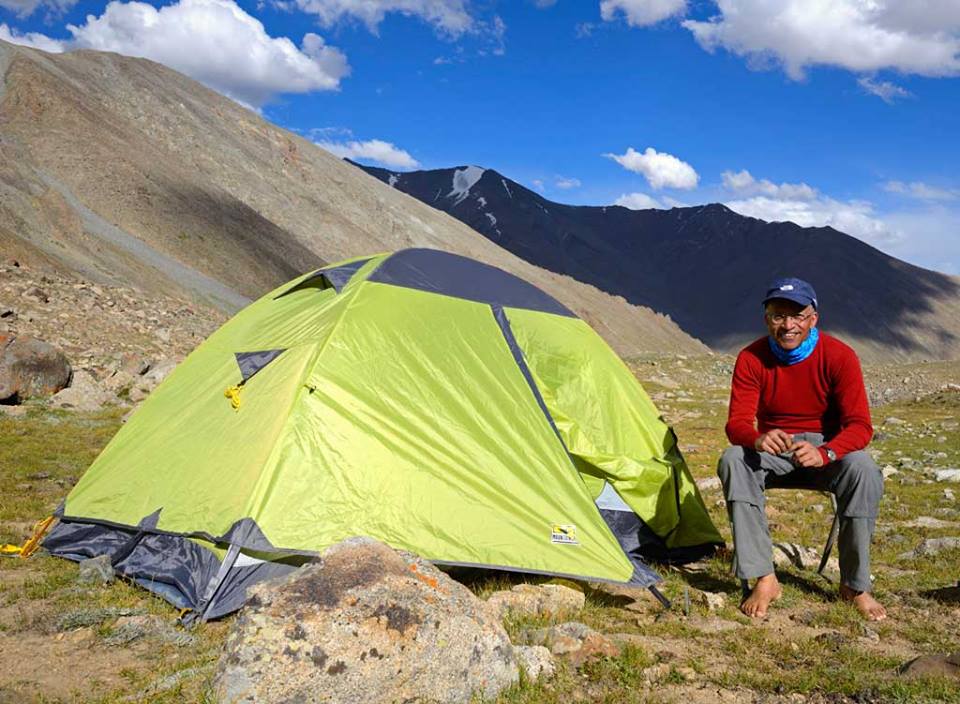 Sujoy Das, who heads South Col Expeditions, has been trekking and photographing in the Himalayas for more than thirty five years. His notable treks include: Winter ascent of Kala Pattar peak (Everest region) Dec 2003; Everest Base Camp 18,500 feet (2001); Thorung-la pass/Annapurna Circuit 17,746 feet (2000); Annapurna Base Camp 14,300 feet (1999); Gokyo Ri peak Everest region 18,275 feet (1998); Rupkund Lake, Garhwal 16,200 feet (1996); Kangchendzonga Base Camp North and Green Lakes 16,875 feet (1987 and 2014); Dorji La peak North Sikkim 18,644 feet (1986); crossing of Lhonak-la pass North Sikkim (1987).
He has visited the Annapurna region  more than dozen times including three visits to the Base Camp and the entire circuit of Annapurna. He has trekked in the Everest region more than fifteen times including the winter of 2003-04. In the Eastern Himalaya he has trekked the Singalila ridge of Sandakphu and Phalut six times and made four visits to the alp of Dzongri in West Sikkim. In September 2009 he trekked across seven passes in Ladakh from the monastery of Lamayuru to Padum in Zanskar.
He has been an invited speaker at the Mussoorie Mountain Festival 2017 and Mountain Echoes – the Bhutan Literary Festival 2019.
He is the joint author and photographer of a number of books like Sikkim- A Travellers Guide, Nepal Himalaya – A Journey Through Time, Everest Reflections on the Solukhumbu, Lonely Planet – Nepal for the Indian Traveller. His essays and photographs have been published in books and magazines worldwide. To view his photographs of the Himalaya please visit www.sujoydas.com. He can be contacted at [email protected]