If you’re bewildered by dance-floor etiquette or high-altitude trekking, need some help in the style department or just can’t mix your drinks right, the pros step in with some how-to” help by Sumana Mukherjee.
Copyright © 2007 HT Media All Rights Reserved http://www.livemint.com/2007/08/24234651/Trek-to-Everest.html

Mount Everest has lost much lustre since travel companies began providing pro guides to rig the ropes and charging $50,000 (about Rs20.2 lakh) for their services. 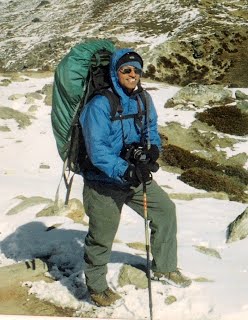 With China building a road through the Tibet plateau to the north side of the Everest Base Camp, used by climbers such as George Mallory, Andrew Irvine, Noel Odell and Eric Shipton in the early 20th century, serious mountaineers and trekkers will now focus on the south side of the Base Camp, hallowed ever since Tenzing Norgay and Edmund Hillary’s historic 1953 ascent.

On the Everest walk, you’re never alone; locals, yaks and trekkers give you company.“But there are other areas of the Himalayas that are still magic,” says Sujoy Das, 46, a Kolkata-based chartered accountant, who’s “always up there in spirit despite being in the city 10 months out of 12”.

If you walk from Jiri, a day’s bus ride from Kathmandu, the Everest trek takes about 15 to 21 days, depending on acclimatization.

Most trekkers, however, prefer to fly to Lukla and then trek from there. Ten days of slow walking would take you to the Everest Base Camp or Kala Pattar, the peak just above it (at 5,545m, it’s the highest point of the trek). Base Camp and Kala Pattar are the culmination of the Everest trek—any higher, and you’re in the realms of mountaineering.

But there are a number of valleys around that are also worth visiting. That’s why Das, a 32-year veteran of the mountains, is planning his fourth trek to the Everest region, after three successful forays in 1997, 2000 and 2003-2004.

“Because I’d been trekking since I was 15, I had some idea of what I would encounter on the Everest trek,” says Das. “Fitness is of ultimate importance. I’ve always been playing some sport or the other, especially tennis. Even in the city, with no immediate plans of trekking, I follow a rigid exercise routine.” This includes swimming three to four days a week and hitting the gym on other days. “Walking on an inclined treadmill simulates the uphill walking on the trek and strengthens the knees. It’s the next best thing if you can’t run long distances” Das says.

He also regularly uses light weights for leg presses, leg extensions and bench presses, which improve strength. For the lungs, cardio exercises, swimming and running help. “All of it comes in handy when you’re walking seven to eight hours a day at altitudes of 2,500m to 5,500m (about 14kg) with a 30-lb rucksack on your back,” Das says.

As for gear, Das thinks it’s advisable to shop online since good quality equipment is hard to come by in India. “I buy most of my stuff off Net portals like www.rei.com, www.backcountry.com, and www.campmor.com. Osprey makes sturdy rucksacks; for tents and sleeping bags, I swear by North Face. I’ve just bought a pair of La Sportiva boots—my Merrells gave way after 10 years of hiking. Other good brands are Mountain Hardwear, Patagonia, Rei and Marmot.”

Kathmandu offers a lot of trekking gear and foodstuff, such as chocolates, nuts, dry fruits and Iodine tablets to purify water. Stock up on socks, gloves and caps in Thamel.

When it comes to company, it’s each to his own. While some prefer strangers, Das has been trekking with his school friend Srijit Dasgupta for 20 years. “We’ve done more than 20 treks together. I find it makes things much easier if you’re with a friend. You need people on the team who are fit and mentally prepared to complete the trek. There’s no exit route halfway and no room for tantrums,” says Das.

While a Sherpa is not essential, many people, especially trekkers new to the slopes, do engage a porter-cum-guide to travel light and have some back-up. The trek can be difficult in places and the weather turns nasty without warning. “No sooner do you reach the top of a hill than you have to go down again and then up again. Snowstorms and white-out conditions are common and a sunny walk can suddenly turn into a nightmare,” says Das. “A good thumb rule is to set out by 7am and get into camp by 2pm or 3pm instead of sunset,” he adds.

After fitness, acclimatization is the most important thing on the Everest trail. “I followed a rigid acclimatization routine for all three Everest treks—two days of doing nothing other than walks at Namche Bazaar or Khumjung (around 3,000m to 3,500m) and one more day around 4,000m. This usually works,” he says.

Das has known trekkers who had to be evacuated by helicopter from the Everest region— which costs thousands of dollars—because of mountain sickness brought on by bad acclimatization. “The funny thing about mountain sickness is that it hits you out of the blue. You may be fine in the morning and climb 3,000ft in the day and, by evening, you may have a headache, nausea and insomnia. If so, you need to rest at that altitude and if things don’t get better, you need to come down, not go up,” he advises.

Because the trail is popular with both “package hikers” and serious mountaineers, the accommodation available is good, compared with the Indian Himalayas. “Some lodges actually have water to flush down the loo, and hot showers (read tepid) are occasionally available for 100 Nepali rupees,” says Das. The food is decent too: dal-chawal, noodle soup and local takes on pizzas and pasta, besides tea, coffee and eggs. “What more do you need on a trek?” he asks.

Perhaps a phone to call home? On the way up, Namche Bazaar is the last spot from where you can make a call, and Das makes it a point to ring home once before the trek and once after.

But unlike the treks in India, one is never really alone on the Everest trail. There are fellow trekkers, local people, yaks, herdsmen and porters. It’s not really a wilderness trek in the true sense.

For Das, the Everest trail is one of the great walks of the world. “To enjoy it, one has to stay fit, prepare well, be determined and humble. It’s essential not to force things, to have enough time and to listen to your body. If all is in place, it’s the trip of a lifetime.”